What is Rust Disease?

Rust is a  fungal disease that mostly develops in winter crops in a cool climate. This is caused by pathogen fungi which are parasites that infect living plants. The fungus starts this process by spore formation on the plant surface. Rust transfer from infected to healthy plant by spore formation

This disease is causing a reduction of 15 Million tons of Wheat every year in the world. Rust can cause 30% Yield Losses. There are three distinct diseases occur on wheat crop in Pakistan

Yellowishness in wheat due to Rust

Yellowishness in wheat occurs due to Stripe rust disease. Yellow rust is basidiomycete fungus Puccinia striiformis f. sp. tritici. Yellow rust can cause losses of up to 40 % with some field destroyed completely. Generally occur throughout wheat production areas at high elevations In northern & southern areas of temperate regions. The cool climate favours the spread of this disease. Temperature between 12-20ºC  can cause the rapidly spreading of this from infected to healthy plants.

Stripe rust first sign is the appearance of small yellow streaks followed by bright yellow postulates in conspicuous rows on leaves, leaf sheath, awns and glumes. Stripe rust is the only one of these diseases to have blister-like lesions organized into stripes on the leaves

Commonly affects leaf blades, occasionally observed on heads when the disease is very severe; infection of leaf sheaths or stems is rare

Shape and distribution of lesions:

Small, round, blister-like lesions that merge to form stripes

No tearing of outer layers of plant tissue 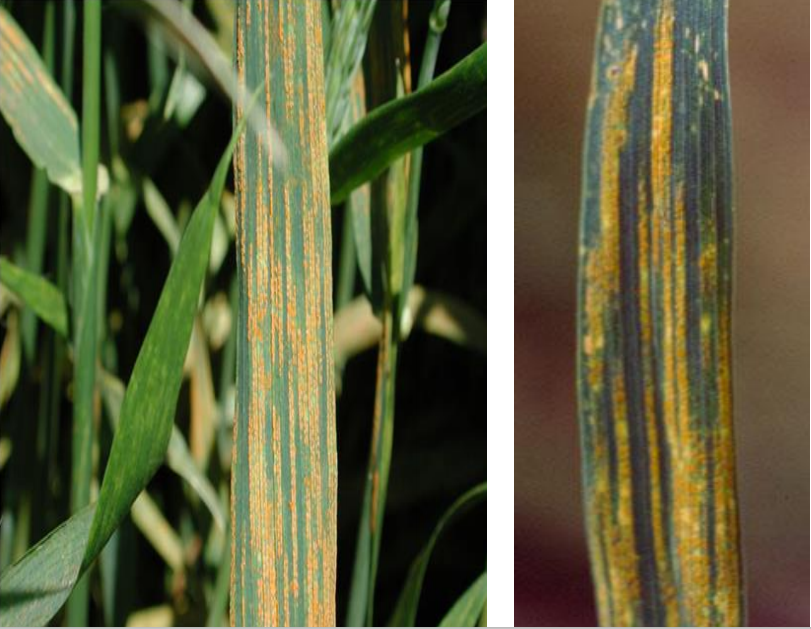 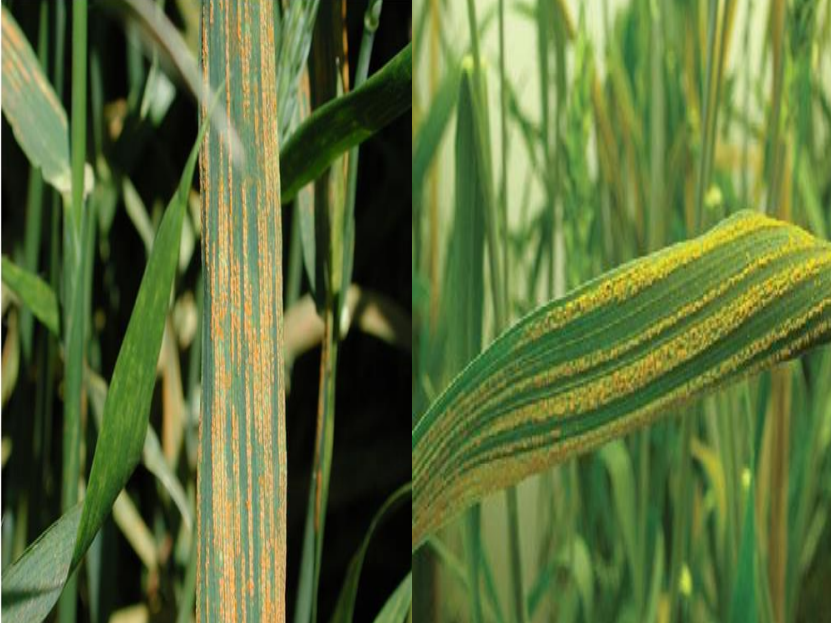